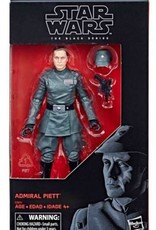 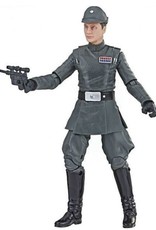 An ambitious Imperial officer, Piett rose through the ranks to captain and was assigned to the Super Star Destroyer Executor, Darth Vader's flagship. When Vader strangled Admiral Ozzel, Piett was granted a battlefield promotion to admiral -- and given a grisly warning of the penalty for failure.

Kids and fans alike can imagine the biggest battles and missions in the Star Wars saga with figures from Star Wars The Black Series! With exquisite features and decoration, this series embodies the quality and realism that Star Wars devotees love.